Stan Cottrell: An Ultra-Distance Runner Getting Younger With Time

HomeOtherStan Cottrell: An Ultra-Distance Runner Getting Younger With Time

Stan Cottrell: An Ultra-Distance Runner Getting Younger With Time 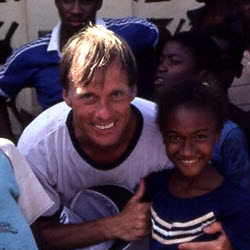 The famous ultra-distance runner, Stan Cottrell pursued his bachelor from Western Kentucky University. He earned a graduate degree in Science stream. The subjects he opted for, include Biology, Health, Sociology, and Psychology. He even got a master’s degree in the Science stream. Stan earned titles of a writer, motivational speaker, Goodwill ambassador, long-distance runner or of an adventurer. Besides attaining these accomplishments, he is the founder of “Great Global Friendship Run”, a non-profit organization made for supporting the physical fitness and sports activities. The only motive of friendship is to create lasting friendships throughout the world.

Stan Cottrell is an athlete having exceptional qualities. This man has run over 2 lac miles, that much distance can be called as taking ten rounds of the world. After completing his long-running period, he obtained around three hundred awards. He got recognition from presidents of multiple nations. There are 10 Senate and House Resolutions launched in his regard. He even appeared as the famous talk show named as Good Morning America. Cottrell made a record in running, he got success in including his name in Guinness book of world record. He completed a distance of around three thousand one hundred three miles in just forty-eight days that can be assumed as an average of 66 miles on a daily basis.

Cottrell even runs from the Great Wall of China to Guangzhou. For that, he was invited by the Healthy American Fitness Leader’s Association in partnership with the President’s Council on Physical Fitness and Sports. The Kentucky son is a great individual, who ran several friendship runs. Cottrell hit the ground again and again with his feet, he ran almost across thirty-nine countries of the world.

Stan Cottrell is almost seventy years old, but is still energetic. He holds the same energy of running as he had in the age of thirty-five. He believes that running makes him more strong and increases his will power to do more. According to Stan, you shouldn’t have limits when you are doing something that is beneficial for others. It is required for you to be energetic and encouraged.