What We Should Know About Hybrid Cars?

HomeAutosWhat We Should Know About Hybrid Cars? 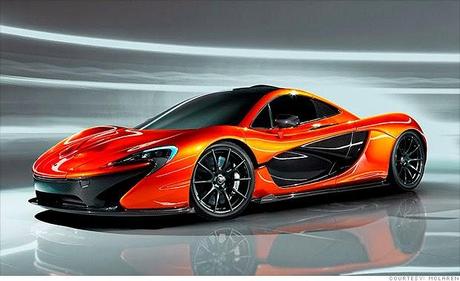 What We Should Know About Hybrid Cars?

There are many reasons why people want to buy hybrid cars. They are believed to be cleaner than gasoline engines. They cost less money and more fuel efficient than conventional cars. In general, hybrid cars are slightly more expensive than conventional cars. However, we should be aware that they burn less fuel when driven on the highways. Because there are far fewer hybrid cars, it only makes a tiny dent in cleaning up our environment. However, with hybrid cars, we should be able to contribute in making the Earth a cleaner place. Problems like smog and global warming can be partially alleviated if people agree to use cleaner cars.

Hybrid cars are also useful to reduce the overall fuel consumption in nature. It is clear that if we continue using oil at present rate, it is possible that there’s no oil left in the future. With hybrids, we should be able to use less oil. This should allow us to conserve natural resources and this can prevent the occurrence of oil shortage. In the long run, hybrid cars should allow us to save a lot of money, especially because we don’t need to purchase as much gas. Hybrids don’t burn gas if it stays idle. In general, hybrid car owners could spend only half of the amount of gas consumed by regular users. This should be a significant selling point among many car sellers.

However, there are reasons why people don’t run out and immediately buy hybrids, although they sound really great. At the present, hybrid cars are somewhat more expensive the conventional ones. For many people, price is an important factor and many people still can’t afford to buy a new one. Hybrid cars are still relatively a new discovery and there are not many models in the market. It may need to take awhile before the whole technology can become more mature and affordable. At the moment, consumers need to buy pickup trucks, SUVs and minivans powered by regular gasoline, before they can an affordable hybrid, which may still be decades away.

While it is true that the whole environment can be cleaner if we drive electric hybrid models, there are a few things that we need to be aware of. Hybrid cars are more efficient when they are driven in urban areas at slower overall speed. It means that the car will switch to normal gasoline engine when it is driven above 40mph. At this state, hybrid cars are similar to normal cars in terms of energy efficiency. This will turn the car into a normal polluter and we will consume gasoline at standard rate with traditional cars. For families that rarely go outside the city, it is important for them to purchase a hybrid model. However, there are several things about hybrid cars that need to be improved before they offer significant impacts on the whole environment. This should allow us to get the most of our hybrid cars and we will save much more on gasoline.